Are you interested in visiting Chicago? We get it! This city is the perfect mix of impressive buildings, history, art and culture. Here you can read more about traveling to this popular city by direct flights, we present all airports that offer directs flights to Chicago. 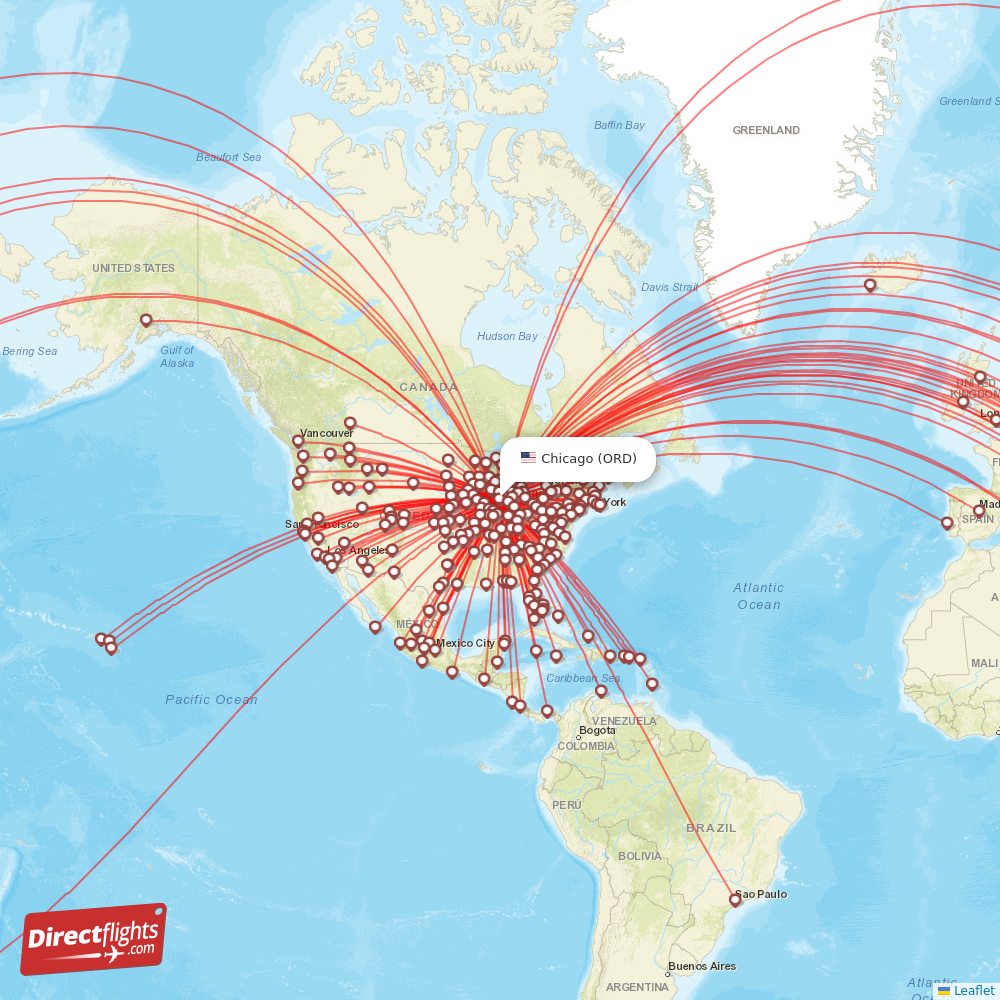 Chicago is a city of world-class status and unsurpassed beauty. Located on the shores of Lake Michigan in the heart of the Midwest, Chicago is home to world-championship sports teams, an internationally acclaimed symphony orchestra, renowned architecture, award-winning theater, and much more.

Chicago is one of the biggest cities in America’s Midwest with a population of over 3 million people, stunning architecture, wonderful cultural attractions and famous for its legendary blues scene.

The majority of the flights landing in Chicago are domestic flights arriving from another US airport. In the list below you find the airports with the most frequent connections to Chicago.

Visit Chicago from other countries

Are you headed to Chicago from another part of the world? In some cases there’s a number of direct flight connections to choose from – take a look at our list below to see some examples of airports that offer direct flights to Chicago.

Experience all of Chicago

Virtually destroyed in the Great Fire of 1871, Chicago emerged from the ashes as a survivor and continued to grow and thrive with a great influx of immigrants in the 20th century from across the globe attracted by the construction of the Illinois and Michigan Canal.

Once the canal was opened, Chicago became an important shipping centre and the Chicago Board of Trade was established to deal with the sale of grain from the fertile farmlands nearby. With the construction of the railroad, Chicago became a hub for America’s passenger and freight trains and the city continued its meteoric rise.

Chicago is a melting pot of cultures with people of all ethnic backgrounds living side by side, it is also infamous for the gangsters who used to call Chicago home including the notorious Bonnie and Clyde and Al Capone. Glittering skyscrapers tower close to the banks of Lake Michigan and the downtown area has been regenerated over recent years.

Head to Michigan Avenue for some superb shopping and catch some Blues or Jazz in one of the many music venues. The Chicago Art Institute is also worth a visit with its collection of impressive masterpieces including works by Picasso. Chicago has an interesting blend of gourmet gastronomic restaurants and restaurants offering great Italian cuisine and even a Diner which specialises in hot dogs.

Searching for cheap flights to Chicago

As with most destinations, the cheapest flights to Chicago will tend to book up fast so we recommend you try and book early to secure the best value low cost flights. Try our flight search box for great deals on cheap flights whether you're booking in advance or looking for a good price on lastminute flights.

Chicago climate – from summer to winter

The city lies within the humid continental climate zone, and experiences four distinct seasons. Summers are hot and humid, with a July daily average of 84.7 °F (29.3 °C). In a normal summer temperatures exceed 90 °F (32 °C) on 21 days.

Winters are cold, snowy, and windy, with some sunny days, and with a January average of 23.5 °F (−4.7 °C). Temperatures often stay below freezing for an entire day, and subzero lows occur on eight nights per year. Spring and fall are mild seasons with low humidity.

Show flights from Chicago instead
Flights to Chicago